Romantic Anime movies are a subtle art form; the divine purity which you get from; out of it is unparallel to any other feeling in this universe. I felt the same while writing Top 7 Best Anime Romance Movies from Studio Ghibli. And want to share the same feeling with you.

the overwhelming response and success that I received from the Anime lovers and fans; for my painstakingly done and well researched other article on Anime Top 19 Greatest and Best Anime Movies of All Time has encouraged me to pen down 7 Best Anime Romance Movies of All Time”; which is still considered the greatest even in the year 2020.

The dreamy characters, with a touch of softness and tender in the heart always have the capacity to take you to a different world. The world which you had always dream of when you were a child; looking through the school bus window on a rainy day; you were nice and dry and warm inside the bus, yet your eyes were wet in the outside rain!

So today let’s go back to the old school days, let’s relive for a moment, because who knows the best moment of romance can always make you feel happy and give an Ikigai (reason to live) in your life.

No 1 in our list of Best Anime Romance Movies is Princess Mononoke. This is an epic movie made in 1997. which depicted romance at its best with love been victorious in the battle between nature and humans.

This is a masterpiece from the master Hayao Miyazaki; who is one of my favorite directors of all time.

The story is set in the Muromachi period of Japan. There is a strong message underlying in this story where the princess Ashitaka; battled against all the odds to retain the god and spirit of the forest.

They were against the humans who are using the resources of the forest for their own benefits.

Ashitaka a brave heart with his honesty and genuine concern towards nature was able to convince and make understand to the San people the importance of conserving the nature and its divine elements.

The movie starts with a riveting opening scene, where the Emishi village is attacked by a boar which is possessed by a demon. Ashitaka comes in the rescue.

In the process, He gets some strange rash around his arms which gives him the odd power but also causes him to be banished from his village because they thought of him now of becoming impure by the demon’s curse.

He comes to meet with princess Mononoke; a girl who lives with the wolves. In due course of time; their love and affection grow against each other.

Their love gets a divinity at the backdrop of the beautiful forest and nature at its best; which compels them to believe that the world is still beautiful and love can cure all the pain in this world, in opposition to the gloom and despair that war and hatred bring to the human beings.

The animation is brilliant in this movie, Hayao Miyazaki has put his heart into this movie, and the editing of this movie is a masterpiece for the students of world cinema.

This is another romantic saga from the Studio Ghibli productions, which is clinically crafted by Hayao Miyazaki. This is a romantic saga about Sophie‘s exciting adventure in Wizard Howl’s flying castle.

The story begins with a young girl named Sophie who turns into an old witch woman by a curse. There is another wizard named Howl.

Howl started as a regular boy and began to train as a wizard. He is using the magic powers to fill in the gaps of his knowledge of an actual wizard.

Sophie while proposing him, expresses her love for Howl, and finds true happiness while she enjoys Howl’s company.

That happiness is to hold the hands of the person you love the most and win his heart forever and be with that person in the house forever.

The picturization and the scenic beauty of the movie are indeed beautiful. Every girl will dream or melt in front of the field of flowers floating in the white clouds that Howl gives Sophie.

The next position in the list of Best Anime Romance Movies is The Wind Rises.

This is perhaps one of the greatest romantic animated movies ever made by the genius Hayao Miyazaki. The film is based upon the Japanese dream of becoming a pilot and flies in the sky.

The romance in the film has been beautifully handled. They met on a train when Jiro’s hat was swept away by the wind and Naoko caught it.

Jiro and Naoko’s love grows under the windy sky. Finally they get married and stay together.

Jiro gets so obsessed of creating a super jet product in the sky that he forgets to take care of Naoko, whom he loved and married. This results in significant deterioration of Naoko’s health, which finally results in her been diagnosed with small tuberculosis.

The end of the love story is the departure of Naoko and Jiro that created the best fighter in the Second World War.

This film is definitely a work of art to be treasured forever. The best thing is Hayao Miyazaki has beautifully portrayed the romance and pain and wisdom against anything else in this movie.

4. From Up On Poppy Hill (Matsuzaki and Shun Kazama)

Set in 1963 Yokohama, Japan From Up On Poppy Hill is a beautifully portrayed story of Umi and Shun, who had a misunderstanding regarding their bloodline and thought that they are brothers and sisters.

The story follows in the backdrop of the Korean War; we see the romance evolves when Umi Matsuzaki a school girl meets Shun Kazama a member of the school’s newspaper club. This Anime is a theatrical masterpiece by director Gorō Miyazaki and scripted by Hayao Miyazaki.

In the 1960s Japan was going through a social and cultural transition period when this high school romance took place. The Animation seen in this movie is flawless and goes as smooth as butter.

The best thing is Gorō Miyazaki did not try to imitate his successful father Hayao Miyazaki, which would have been a disaster, rather he tried to create his own style which might not be as classical as his father, but still what people liked is trying something different; something unique; the use of small silent action.

He was able to portray the steady slow pace of real life, which made love and romance look so realistic. This Anime has been highly acclaimed and praised by the movie critics and is a must-watch in our list of Best Anime Romance Movies.

5. The Tale of Princess Kaguya (Must watch Anime Romance Movie)

No 5 in our list of Best Anime Romance Movies is The Tale of Princess Kaguya.

Again this is a classic masterpiece from the director of the “Grave of the fireflies”. Sadly director Isao Takahata passed away last year, but his legacy will live on in his films.

The Tale of Princess Kaguya is a shining example of why Takahata is revered as a pioneer of animation alongside Hayao Miyazaki.

The story starts with a Bamboo cutter named Sanuki who discovers a girl inside a glowing bamboo shoot. He and his wife decide to raise her believing her divine presence.

As she grows up, she finds her place and existence in this place a little under threat as different people try to lure her in different ways.

Kaguya is free-spirited and loves nature. Eventually, she confronts her childhood romance with Sutemuru.

But She left her childhood to pursue to become a princess, a soft and romantic at heart but a lonely girl and from there she left him forever.

I will sign it off and highly recommend you to watch this movie with one quote from Isao Takahata where he says “This earth is a good place, not because there is eternity. All must come to an end in death. But in a cycle, repeated over and over, there will always be those who come after us.”

If you want to watch a movie; the after effect and fragrance of which you want remember for long, then this epic Anime on the story written by Akiyuki Nosaka, is the one recommended for you.

Directed by Isao Takahata, Grave of the Fireflies stands as one of the saddest but most romantic journeys and the demise of two children  Seita and Setsuko.

I will sign it off and highly recommend you to watch this movie with one quote from Isao Takahata where he says “This earth is a good place, not because there is eternity.

All must come to an end in death. But in a cycle, repeated over and over, there will always be those who come after us.”

7. Whisper of the Heart

Whisper of the Heart is a coming of age soft romantic but classic film produced by the Studio Ghibli and written by Hayao Miyazaki.

It was the first theatrical Studio Ghibli film to be directed by someone other than Miyazaki or Isao Takahata. Whisper of the Heart is a beautifully crafted love story about Shizuku Tsukishima and Seiji Amasawa.

Shizuku dreams of becoming a writer and checks out in her Libraries frequently. To her astonishment, she finds that her books are always been checked out by a person called Seiji Amasawa.

This is just the beginning of their love story, after many ups and downs later in the movie Seiji proposes to her for marriage, which she happily accepts.

As I said in the beginning that the success and viewer’s response from my previous article Top 19 Greatest and Best Anime Movies of All Time has inspired me to write further on Anime movies.

As a result of which 7 Best Anime Romantic movies from Studio Ghibli have been inspirational writing from my little understanding of the Rich culture and history of Anime movies. It’s just like collecting sea-shells from the ocean (a huge plethora of Anime movies).

So have I missed out on any names? Have I gone wrong? Certainly, I did!

The history of Anime is very rich which dates back to the early 20th century. The first Anime was claimed to be made in 1906.

So with such a rich defining history and a plethora of acclaimed Anime directors, and thousands of movies to choose from, it is bewildering or rather minds baffling for me to select the top fifteen Anime.

I guess it is a good sign for Anime heritage that so many masterpiece works are still missing from my list. But nevertheless, I have made an honest attempt. I am sure that some of you would be upset that your favorite movie is not listed on this list.

Please don’t be. If so, hit the comments button below and let it all out. Any suggestions are always welcome to modify this list. 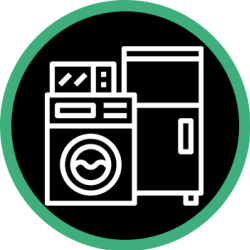